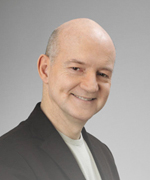 Rostislav Vadimovich is widely known above all as the founder of the Rostik Group Corporation, which manages a major chain of family restaurants of Rosinter Restaurants Holding JSC (Il Patio, Planet Sushi, T.G.I. Friday's, and Costa Coffee) in Russia, the CIS countries, the Baltics, and Europe. In 2007, the Holding became the first restaurant company to enter the Russian stock market (MICEX-RTS, ticker: ROST). The Rostik Group Corporation also includes CorpEstate Real Estate Holding, as well as Karlson Tourism, one of the leading tour operators in the CIS countries.

Rostislav Ordovsky-Tanaevsky Blanco is the first entrepreneur to be awarded the title of "Person of the Year" twice in a national competition (in 2001 and 2002).

In 2006, Rostislav won the national round of the "Entrepreneur of the Year" competition (Ernst & Young), and in June of 2007, he represented Russia in world finals in Monte Carlo. In 2009, Rostislav became the winner of the Hamburg Foodservice Prize 2009, a restaurant "Oscar" (within the framework of the International Foodservice Forum and the Internorga Trade Show) for bringing growth and innovation to the Russian restaurant market.

Having noticed a change in consumer demand, when people became pickier about the quality of products, and having realized that today's shopping centers and farmers markets do not satisfy customer needs for natural products, Rostislav Vadimovich developed the idea of creating a fundamentally new trade format. That is how the construction of a chain of farmers markets under the trademark EcoBazaar began.

In 1981, he graduated from the Simon Bolivar University with a degree in chemical engineering. 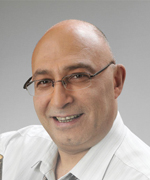 Vladimir Sergeevich Mekhrishvili has been Senior VP of the Rostik Group Corporation from 1992 to the present day. In 2005, he became managing partner of CorpEstate Real Estate Holding, in 2006 — member of the Board of Directors and the Audit Committee of Rosinter Restaurants Holding JSC, and, starting in 2011, he has been Chairman of the Board of Directors of Rosinter Restaurants LLC. For the past fifteen years, he has been on the Board of Directors of various enterprises and organizations within the Rostik Group Corporation as both Chairman and member of the Board of Directors. Vladimir Sergeevich began his professional career in 1978 as Head of the Budget Department at the Tbilisi branch of the USSR State Bank; starting in 1981, he began working as Deputy Director of Economic Affairs at the Control Computer Plant, and in 1990, he was invited to the position of Regional Finance Director at the international hotel chain Marco Polo.

Vladimir Sergeevich Mekhrishvili graduated from Tbilisi State University School of Economics (1978). In 1996, he completed a "Securities Transactions" course at the London Business School, in 1998 — a "Corporate Finance, Fiscal Accounting and Risk Management" course at the Institute of Chartered Accountants of England and Wales. He carries the National Association of Corporate Directors (USA) certification.

Active member of the Independent Directors Association of Russia since 2005, member of the National Register of Professional Corporate Directors of the Russian Institute of Directors since 2011..

In 2008, a team under the direction of Vladimir Mekhrishvili began developing a new business dimension for CorpEstate Real Estate Holding and implementing an innovative idea — creating a chain of farmers markets in Russia under the trademark EcoBazaar. A pilot project was implemented successfully in the Moscow Region in the city of Mytishchi. 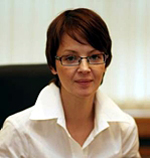 Svetlana came to the Rostik Group Corporation in 1993. Starting in 1994, she worked as Deputy Head of Photo and Electronics Division at the RosInter Company (Rostik Group), whose network of photo labs and photo stores covered Russia, as well as the Baltic countries, Ukraine, Belarus, and Kazakhstan. In 2000, Svetlana supervised the development of Rosinter Restaurants Holding (Rostik Group Corporation) in the countries of Central and Eastern Europe as Regional Finance Controller. In 2003, she became Finance Director of RosCorp LLC — the CorpEstate Real Estate Holding management company.

At the present time Svetlana Borisovna is CEO of CorpEstate Real Estate Holding and Executive Director of its management company. During the last 15 years Svetlana has been a member of the Board of Directors for many of the Rostik Group Corporation's enterprises.

In 2011, headed by Svetlana Borisovna, CorpEstate Real Estate Holding launched a pilot project of a chain of EcoBazaar farmers markets in the city of Mytishchi, the Moscow Region. 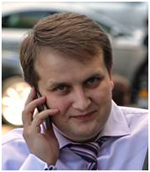 Ernest Konstantinovich was one of the people behind the idea for creating a breakthrough CorpEstate project — a new format EcoBazaar farmers market — and was in charge of launching the pilot project. In 2011, the first EcoBazaar made a successful start in the city of Mytishchi, the Moscow Region

At the present time Ernest Doshoyan is working on further development of the EcoBazaar chain and the holding company's other projects that deal with providing agricultural producers with direct access to the markets of Moscow, the Moscow Region and the Kaluga Region (a project for a wholesale agricultural market + an SME park).

Ernest is also a member of a task group within the Moscow Administration charged with developing a draft law on retail markets.

Thanks to Ernest Konstantinovich Doshoyan's effective work, the company is constantly growing: he finds new ways for implementing ideas, promotes the development of new business trends in commercial and community activities..

In 2002, he graduated from the Alfred Nobel University of Economics and Law in Dnipropetrovsk with a degree in economic cybernetics. Following his graduation from the university, he worked as Chief Economist at the Cybernetic Electric Operator Plant.